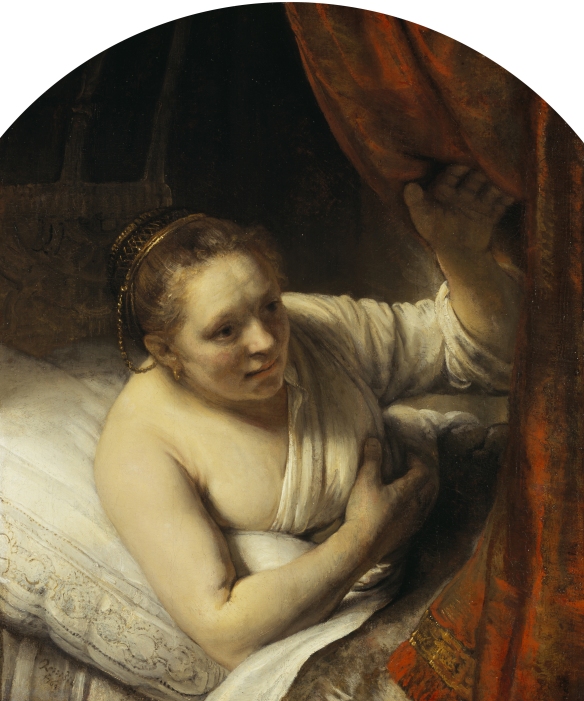 “Britain’s love affair with one of history’s greatest artists” is the celebratory focus of the Scottish National Gallery’s latest summer blockbuster. Rembrandt: Britain’s Discovery of the Master features 140 works: oil paintings, drawings and etchings by Rembrandt Van Rijin, works from his workshop and those by British artists he inspired from the 18th Century to the present day. Seeing Rembrandt’s impact on the art of William Hogarth, Joshua Reynolds, Henry Raeburn, David Wilkie, Thomas Duncan, Augustus John, James Abbot McNeill Whistler, Jacob Epstein, Leon Kossoff, William Strang, Henryk Gotlib, Eduardo Paolozzi, Frank Auerbach, John Bellany, Ken Currie and Glen Brown is one of the fascinations of the show. It is also an exhibition about historical acquisition and how an artist’s legacy is enabled. Works on loan from the National Gallery, British Museum, Dulwich Picture Gallery and the Tate, London, the National Gallery of Ireland, The Hunterian, University of Glasgow, Kelvingrove Museum and Art Gallery, Glasgow, Rijksmuseum, Amsterdam, Museum of Fine Arts, Boston, USA, and the National Gallery of Art, Washington D.C bring together familiar images, new discoveries and reflections on why Rembrandt is so revered.

Outside the Netherlands, the UK holds the largest collection of Rembrandt works, a trend that began during the reign of Charles I and reached fever pitch in the 18th Century, when prints, drawings and paintings were highly sought after by private collectors. Cataloguing the artist’s work also began at this time, an indicator of Rembrandt as currency and a practical response to market driven climate of forgers and respectful copyists. The desirability of Rembrandt’s work among collectors in the British Isles has resulted in much wider awareness of his work and most importantly, the opportunity to experience it live, having found its way into public collections. Coming eyeball to eyeball with a Rembrandt seems to level all arguments about what good or bad art is. At base he shows us what art is, what it is for and why it matters.